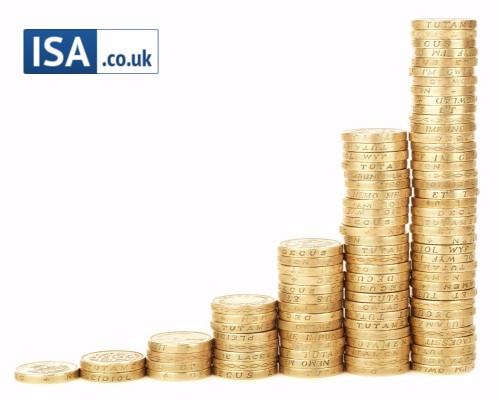 Inflation reached as high as 2.9% in August as reported by the Office for National Statistics (ONS). As a result, many individuals are looking for ways to receive more income to combat the effect of rising inflation.

The current crop of savings rates do not offer the interest required to match inflation, let alone beat it. This means that, unfortunately, if you have savings in an instant access account you are losing money in real terms.

If you want to get more from your capital and you are prepared to take on a bit more risk then you could explore the opportunities that Income ISA plans offer.

At the time of writing, the FTSE 100 Defensive Income Plan from Investec provides individuals with the opportunity to receive up to 7.50% interest even if the stock market drops by 40%.

Unlike current Fixed Rate cash ISAs, which offer up to 1.375% per year, the FTSE 100 Defensive Income Plan has the ability to potentially provide a 7.50% return on your capital for the entire eight year term. Although the plan is designed for eight years, it has the ability to mature early or ‘kick-out’ at the end of each year from year 2 onwards.

The Defensive Income Plan differs from Fixed Rate Cash ISAs, as the plan is a capital at risk product. If you are uncertain about putting your capital at risk, then you should bear in mind that the plan comes with what is called ‘conditional capital protection’.

The FTSE 100 Index (‘the index’ or ‘the FTSE’) is widely recognised as the proxy benchmark for most investors. Since the historical volatility of this stock market is familiar to many investors, they are in a better position to consider the pros and cons of the plan within the context of the underlying investment.

Although the income ISA is not an investment directly with the index, the plan is linked closely with the performance of the FTSE 100 Index. The plan is dependent on the FTSE, as both the income and the treatment of the initial capital will depend on whether the FTSE drops below a certain percentage.

Interest that may beat inflation

The Defensive Income Plan has the ability to provide three times the amount of interest that a Fixed Rate Cash ISA can. However, this is determined by how well the FTSE throughout the term of the plan.

For those who believe that the FTSE may fall more than 20% the plan may still be of some interest, as there is another option available. The FTSE 100 Defensive Income Plan’s second option potentially provides 5.75% per year provided that the FTSE does not fall more than 40%.

The majority of Fixed Rate Cash ISAs available to the general public typically offer fixed terms from 1 to 5 years. To fully benefit from the interest rates, the capital in a Fixed Rate CASH ISA cannot be withdrawn during the fixed term.

Although the Defensive Income Plan has a fixed term of eight years, it is important to note that it is possible to withdraw the initial capital from the plan early. However, the plan was designed to run for the full eight years and if the capital is withdrawn before the term has concluded then the returned capital may be less than expected.

What makes the Defensive Income Plan stand out from the majority of other plans is its ability to ‘kick out’ or mature early. This means that the initially invested capital can be fully returned before the eight year term has concluded.

For the Defensive Income Plan to ‘kick out’, the FTSE has to show an annual increase of 5% or more from the second year onwards. Therefore, should the FTSE increase by this amount in the future, investors will receive a final income payment along with a full return of their initial capital.

It is important to remember before considering the Defensive Income Plan that it is a capital at risk product and only those who are prepared to potentially lose some or all of their capital should invest in this plan.

The principle of risk versus reward means that the search for potentially higher returns leads us to consider putting our capital at risk. A good benchmark for assessing the merits of an investment is to compare what returns can be secured from a fixed rate deposit over a similar time frame (fixed income plus full capital protection), with the potential returns from the capital at risk product.

You can find more information in relation to the Defensive Income Plan here.

This website contains information only and does not constitute advice or a personal recommendation in any way whatsoever. The value of investments and income from them can fall as well as rise and you may not get back the full amount invested. The tax efficiency of ISAs is based on current tax law and there is no guarantee that tax rules will stay the same in the future.

Different types of investment carry different levels of risk and may not be suitable for all investors. Please ensure that you read the Important Risk Information for further details. Prior to making any decision to invest, you should ensure that you are familiar with the risks associated with a particular investment and should read the product literature. If you are in any doubt as to the suitability of a particular investment, both in respect of its objectives and its risk profile, you should seek independent financial advice.

Types of Stocks and Shares ISA include:

I found the way the different options are presented very clear - much more useful than some other comparison sites. I sent it to my daughter as well.

Excellent website - clear and helpful information about different products - and a trustworthy partner.

Really simple to use and all the information was clear with lots of products available. The interest calculator was really handy too. Have bookmarked and will definitely use again.

This was a really user-friendly site, and was very helpful when it came to comparing accounts and choosing my 2016 ISA.

If you wish to invest in an ISA this site has it all. A super comprehensive range of simply explained products from all the major companies.

Very knowledgeble company with an extensive range of services, a great website with loads of useful information.

Nice graphics and easy to navigate

Very helpful for getting my annual ISA

ISA.co.uk not only helped narrow down my choices for a Junior ISA but also provided additional practical information that helped demystify the whole process.

Just the site I needed, I have been looking for a suitable ISA for a while, but as there are so many to choose from, find it difficult to find the right one for me.

I found the information on ISA.co.uk very helpful and easy to understand. The site is easy to navigate and find what you're looking for.

I found ISA.co.uk very insightful and easy to navigate through. The content was useful and helped me make my ISA decision.

I thought the information provided was easy to understand and very informative, I would recommend to friends for deffinite.